Do YOU eat genetically modified foods?

In August 1998 the popular science programme World in Action featured a scientist who had been feeding genetically modified potatoes to rats. A researcher at the prestigious Rowett Institute, Arpad Pusztai , a world expert on plant lectins, said that as a result of his research he wouldn’t eat genetically modified potatoes. His words released a storm of angst that is reverberating today.

Within months the Blair government, which had previously taken a laissez faire attitude to genetic modification, found themselves having to pass legislation demanding that food with GM ingredients had to be labeled as such. Then they had to ban them from their outlets (meals on wheel, school meals…). Supermarkets started to ban food with GM ingredients as shoppers started to vote with their feet.

The media had a field day especially when activists, dressed in decontamination suits, started to rip up GM crops. 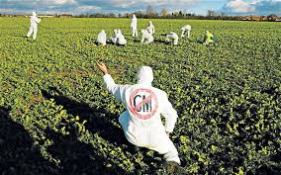 The panic soon spread to Europe, and to other parts of the world. In 2002 Zambia rejected a shipment of 27,000 tons of GM food donated by the US. Yet 2.5 million Zambians were starving. President Mwanawasa said

“Simply because my people are hungry that is no reason to give them poison, to give them food that is intrinsically dangerous to their health.”

But more recently Europe has been reconsidering. In January 2015 MEPs voted to allow member states to choose whether or not to grow GM crops approved by the European Food Safety Authority (Efsa).  But not all member states are keen: in August 2015 the Scottish government opted out of growing any GM crops. 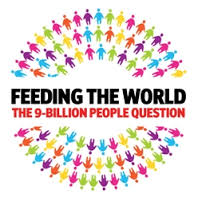 But does the world need genetically modified crops? By 2024 the global population is expected to be 8 billion. How are we going to feed all these people if we don’t increase yields by genetically modifying crops to be weed, pest, drought and disease-resistant?

There are other benefits too. By means of GM we can pharmaceutically enhance crops. Vitamin A deficiency, for example, is responsible for 500,000 cases of blindness and up to 2 million deaths each year. But ‘Golden Rice’ is enhanced with vitamin A and promises to reduce these frightening numbers drastically.

If GM crops are poisonous, or if they are dangerous to the environment, then we should certainly resist them. But for the last 20 years Americans have eaten food made from genetically modified ingredients, and grown GM crops. For such a litigious country, it is striking that there have been no successful lawsuits on the grounds of either health or environmental issues.

Others argue that we can feed the world with existing yields. The problem is politics and distribution, not lack of food.

Yet others point to the monopoly that various ‘Big Pharma’ companies have over GM seeds, many of which are bred to contain a ‘kill gene’ . It is reported that poor farmers in India have committed suicide when the GM seeds they have bought failed to increase yields as promised.

But what do YOU think? Do you think GM foods are dangerous? On what grounds? Do you think that the dangers are overblown? Do you think we need GM crops to feed the world? Or do you think global politics should get a grip on the food problem? Do you eat foods with GM ingredients?

Leave your comments below.

Marianne is Director of Studies in Philosophy at Oxford University's Department for Continuing Education
View all posts by Marianne →
This entry was posted in Blogs, Monthly Conundrums and tagged argument, bioethics, ethics, genetic modification, hunger, poverty. Bookmark the permalink.

4 Responses to Do YOU eat genetically modified foods?